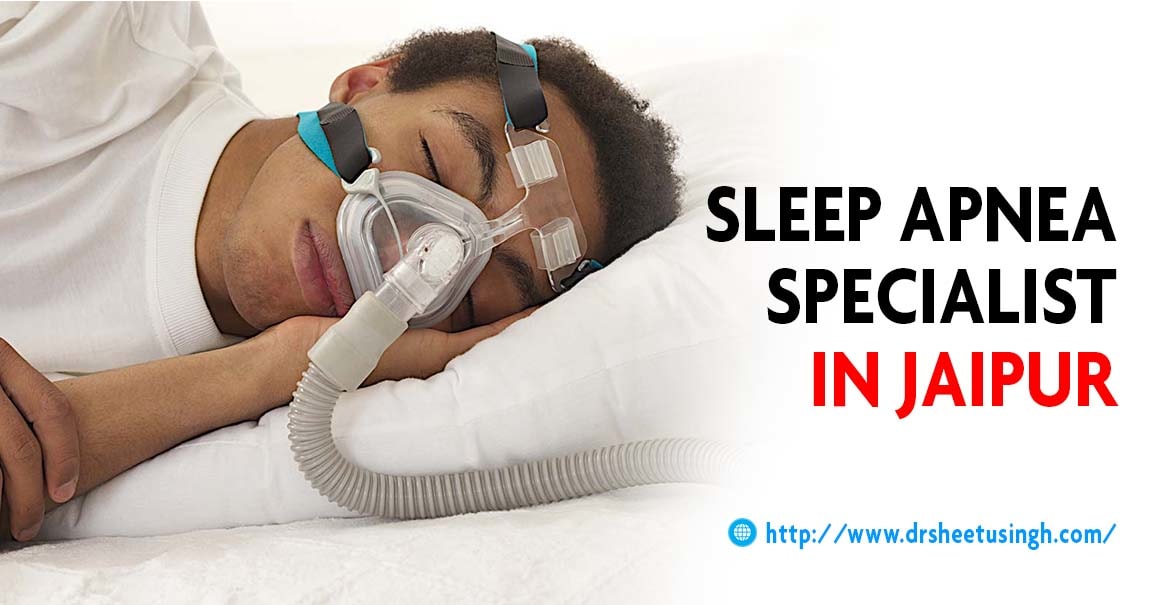 Sleep Apnea Specialist in Jaipur: Dr. Sheetu Singh is known for the Sleep Apnea Specialist in Jaipur. Sleep Apnea is a sleep clutter described by difficulty in breathing or airways get shallow during breathing at the time of sleep. Patient will face difficulty that is as last for a few seconds to minutes and generally it is happen in night. Due to blockage in airways, it causes loud snoring. At the time of forceful inhalation snorting noises is occur that may be sound like choking. As it affected normal sleep, due to this patient may feel tiredness or sleepiness during day time. In most of the cases children also face these issues.

Sleep Apnea is characterized into 3 parts, Central (CSA), obstructive (OSA) and a mixture of these two known as mixed. OSA is common form among them. In OSA Risk factor is allergies, overweight, enlarged tonsils, any family history of this disease and small airway. In OSA, due to blockage of airflow, patient feels difficulty in breath. In CSA, patient is unable to breathe as last as few seconds too few minutes. Generally, people who have this disease, they don’t even know about it. In Sleep Apnea, we put patient on under observation for whole night and perform overnight sleep study. In Our hospital we have a best team of Sleep Apnea Specialist in Jaipur with having good year of experience. For more details and query visit : https://www.drsheetusingh.com

The treatment of Sleep Apnea is consisting of breathing devices, surgery, mouthpieces, and lifestyle changes. In lifestyle change we are talking about stop smoking, avoid alcohol; avoid sleeping on one’s side, losing weight. We advise to our patient to use breathing devices such as CPAP Machine. Without the proper treatment, it increases the risk factors of diabetes, heart attack, heart failure and stroke.

Risk Factor for Sleep Apnea is characterized as:

This disease is target in any age of people, including children