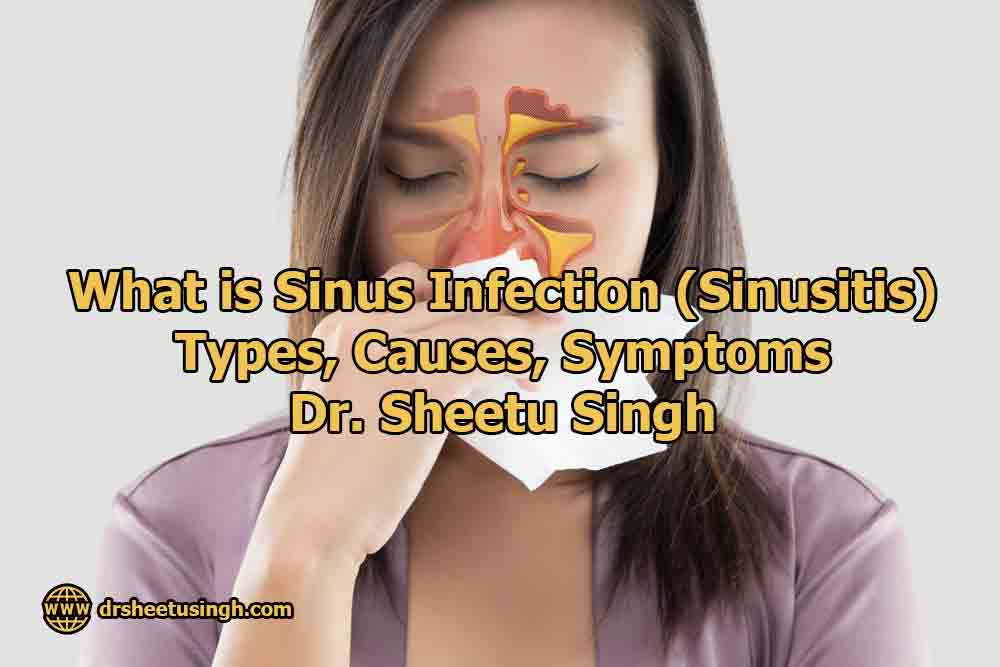 The sinuses are inflamed when they suffer from sinusitis. In the head, there are four pairs of cavities (spaces). There are narrow channels connecting them. Nasal channels drain thin mucus from the sinuses. By draining the nose, bacteria can be kept at bay. When the sinuses become blocked, fluid can fill them instead of air. As a result, bacteria can grow and cause an infection (bacterial sinusitis). If the nasal tissue is inflamed, it is almost always swollen. The illness is also refer to as rhinosinusitis. Many organs are involve in sinus infection, which is a complicate condition. The sinuses in your head can become infected with a sinus infection. ENT specialists can identify sinus-related complications and suggest the best treatment option if you have any sinus-related complications.

It is called acute sinusitis when sinusitis lasts less than four weeks. Colds are most commonly the cause of these cases. Some people develop a bacterial infection after experiencing symptoms for a week to ten days. Sinusitis Chronic: Chronic sinusitis, also known as chronic rhinosinusitis, is characterized by persistent symptoms despite medical treatment. Sinusitis is more likely to occur in people who suffer from allergic rhinitis or asthma. Asthma and allergic rhinitis cause inflammation of the airways. A nasal polyp, a deviated nasal septum, an infection, fungus, or a deficiency in the immune system can also result in sinusitis.

How does sinusitis develop?

Several causes of sinusitis include viruses, bacteria, or fungi that swell and block the sinuses. There are several specific causes, including:

Using pacifiers or drinking bottles while lying down and spending time in daycares could increase the risk of sinusitis in infants and young children. Sinus infections are more likely to occur in adults who smoke. Stop smoking if you smoke. Your health and those around you are at risk when you smoke.

Sinusitis symptoms and signs: what are they?

This article discussed the types, causes, and symptoms of sinus infections. Among the most renowned pulmonologists in India is Dr. Sheetu Singh. As an expert in Jaipur and Rajasthan, she provides the best and most reliable treatment. Every patient she treats receives a high level of care and treatment. Her reputation as one of the best pulmonologists in India is well known. Various lung surgeries have been performe successfully by her. Dr. Sheetu Singh is a pulmonology specialist in Jaipur who can help you if you need one.